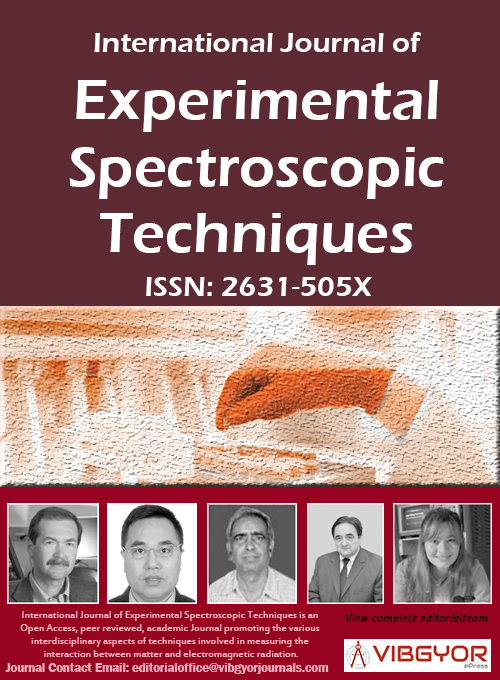 Copyright: © 2020 Hagarová I, et al. This is an open-access article distributed under the terms of the Creative Commons Attribution License, which permits unrestricted use, distribution, and reproduction in any medium, provided the original author and source are credited.

In this short review, a reliability of electrothermal atomic absorption spectrometry (ETAAS) for the quantification of trace selenium in blood serum is described and discussed. The main attention is given to the measurement conditions, especially those of pyrolysis temperature, in order to avoid possible pre-atomization loss of selenium; and spectral interferences that can be expected to be encountered when analyzing blood serum. Optimization of both the measurement conditions and the operating instrumental conditions facilitates the achievement of reliable results.

The selection of the most appropriate spectrometric method for the quantification of a target element will depend mainly upon the analytical parameters such as quantiﬁcation limit, precision and linear dynamic range. Analytical interferences, cost, staff experience and skills, laboratory equipment and specialization should also be taken into consideration.

Biological ﬂuids, such as blood, serum or plasma, represent the most frequently analyzed samples under circumstances where determining an element concentration is of principal interest [12]. Blood consists of plasma and blood corpuscles (erythrocytes, thrombocytes, and leukocytes). Blood plasma contains more than 90% of water, and the dissolved organic and inorganic compounds. The main organic components are proteins, such as albumins, globulins, and ﬁbrinogen. The main inorganic salts are sodium chloride, sodium carbonate, and some other inorganic salts (about 1%). There are also other inorganic ions, nutrients, hormones, vitamins, enzymes, intermediates and end-products of the metabolism, which can form strong complex compounds with many elements that occur in blood plasma [2]. Serum is a part of blood with composition similar to that of plasma, however, it does not contain clotting factors (ﬁbrinogen and other blood clotting factors) [13]. Nevertheless, blood serum is a complex biological matrix which can complicate an ultratrace analysis.

Elimination of matrix interferences can be achieved by sample dilution or sample digestion. Performing dilution, a compromise between dilution of the matrix and sensitivity of the used quantification method needs to be found, especially when analyzing ultratrace elements. During digestion, organic matter is removed or converted into simpler inorganic forms. This is mostly performed using acids, mainly nitric acid in combination with perchloric acid and an external heat source [14-18]; or using a mixture of nitric acid and hydrogen peroxide in closed vessels at elevated pressure and heated by microwave energy [19-24]. Digestion can lead to higher contamination rates or analyte loss during pre-treatment step. In order to eliminate possible contamination or loss, a simple sample dilution is often recommended.

An interest in selenium quantification stems from the dual role that element plays in living organisms. At low concentrations, selenium is an essential element, however, it becomes toxic at higher levels. The margins between deﬁcient, normal and toxic levels are relatively narrow, therefore, its reliable quantification is of high importance [25].

The essentiality of selenium derives from its presence at the active sites of some enzymes including glutathione peroxidases (GSH-Px), a family of enzymes that protect against oxidative damage by catalyzing the breakdown of hydrogen peroxide and lipid peroxides [26-29]. Selenium is also present in selenoprotein P [29-31]. It is an abundant extracellular glycoprotein that is rich in selenocysteine [29,32,33]. The catalytic effects of selenium compounds on reactions of intermediate metabolism are also well-known [34]. Selenium compounds are believed to be detoxifying agents, playing an antagonistic role towards many toxic elements [35]. In addition to these activities, selenium is a part of detoxification system in humans and animals (detoxification of organic compounds released during infections, traumas, and stresses), and it is involved in maintaining homeostasis [36].

Conversely, acute selenium toxicity has been observed in experimental animals [37], and several reports of acute selenium poisoning in humans have also been described [31,38-43].

In the light of the facts stated above, it can be concluded that the reliable quantification of selenium in biological samples requires sensitive and accurate analytical methods. Owing to its high selectivity, low quantification limit and acceptable costs, ETAAS appears to be the best choice for mono-elemental analysis [12,44]. Most of the matrix is destroyed during the ashing step and thus sample pre-treatment can be simplified (simple sample dilution), thereby minimizing contamination risk or analyte loss [45,46]. Yet another advantage of the ETAAS method is the low injection volume (usually 20 µL), especially when it comes to low-volume samples such as blood serum.

Although ETAAS has become a frequently used method for the quantification of (ultra)trace selenium in different biological samples [44,47], there are several issues that are still associated with spectral interferences [48] and possible loss of selenium before atomization [49].

Spectral interferences in the determination of Se by ETAAS can be caused by the presence of high levels of chromium, cobalt, iron, nickel and phosphorus [50-52]. Spectral lines arising from these constituents exist close to the 196.0 or 204.0 nm Se resonance lines.

In blood serum, the concentrations of chromium, cobalt and nickel are too low (less than 10 µg/L) to be a major source of interference [52]. The effect of iron and phosphorus is much more significant. In normal serum, iron concentration is usually less than 2 mg/L and interference in the determination of Se is not likely to be significant unless the sample is hemolyzed [52]. The spectral interference due to phosphate can rather be expected. The background spectra are attributed to P2 and PO, formed when calcium phosphate decomposes at high temperatures [50,52,53]. In normal serum, the concentration of calcium and phosphate can be found in the range of 84-104 mg/L and 76-152 mg/L, respectively [52]. At these concentrations, it is likely that the phosphorus species formed could mean a source of error.

In any case, the use of a background correction system can significantly help to solve problems involving errors associated with these spectral interferences. Many authors have previously reported that only Zeeman background correction is useful in such types of applications [48,49,54-56]. However, deuterium background correction can also help to overcome these problems along with suitable chemical modification and an adequate sample dilution [52,57,58]. Since selenium in blood serum is usually incorporated into proteins, the loss of volatile selenium compounds is expected. In order to prevent pre-atomization loss of selenium compounds, a chemical modification procedure is widely used. This procedure involves the application of compounds (so-called chemical modifiers), which are introduced into an electrothermal atomizer along with a sample [7,59].

A number of chemical modifiers have been investigated for this purpose. On one hand, they help to prevent pre-atomization loss of selenium compounds and on the other, they allow for the use of pyrolysis temperatures high enough to remove interferents. These include copper [60,61], nickel [48,57,61,62,63], palladium [48,54,58,61,64,65], platinum [66,67], rhodium [68], silver [69], mixtures of two or more of these [70-72] and many others. In order to make the application of modifiers generally acceptable in ETAAS, a number of requirements are expected to be met, particularly for routine work [73]. Among them, palladium fulfills all expectations; it is certainly not an element that is determined frequently, however, it can be obtained in high purity, it does not reduce tube lifetime and does not produce any excessive background attenuation. It also stabilizes many elements (including selenium) to high pyrolysis temperatures. If a biological matrix is being analyzed, the addition of magnesium nitrate is of a high importance in order to obtain the same sensitivity (characteristic mass) in sample and reference solutions [73,74]. These findings have led to development of a mixed modifier containing palladium and magnesium nitrates. This mixture has been shown to be a powerful modifier for thermal stabilization of many elements (including selenium) present in biological matrices. High pyrolysis temperatures allow for effective charring of a biological matrix and removal of most coexisting inorganic compounds prior to selenium atomization.

It is well-known that selenium is an essential micronutrient when at trace concentration and a toxic element at higher concentrations. The margins between deﬁcient, normal and toxic levels are relatively narrow, therefore, its reliable quantification is of high importance. The concentration value of selenium determined in biological fluids must be reliable to be used as an indicator of selenium status in human body and/or in the diagnosis of certain diseases.

Nontheless, the direct reliable quantification of trace element (such as selenium) in a complex biological matrix (such as blood serum) is not an easy task. Most spectrometric methods intended for elemental analysis require blood serum digestion prior to selenium quantification. This pre-treatment is usually the most time-consuming step of the entire analytical procedure. In addition, this step increases the risk of contamination and/or loss of the analyte.

Among spectrometric methods, ETAAS is a widely used method for selenium quantification at trace levels due to its selectivity, sensitivity, and suitability for direct determination of the element in a complex biological matrix such as blood serum. Direct measurement after simple sample dilution and requirement of very low sample volumes for injection (tens of µL) are the main advantages for the quantification of selenium at trace levels in low-volume samples of blood serum.

However, just like other detection methods, even ETAAS is not free from drawbacks. There are some well-known issues that are associated with spectral interferences and possible loss of selenium before atomization in blood serum analysis.

Problems with spectral interferences can be solved using a background correction system. Although Zeeman background correction is used more often in this type of applications, reliable results can also be achieved with deuterium background correction along with suitable chemical modification and an adequate sample dilution. Chemical modification can also help to overcome problems with pre-atomization loss of selenium compounds that are present in blood serum. A number of chemical modifiers have been designed for this purpose. Among them, a combination of palladium and magnesium nitrates appears to be the most popular. Using this modifier, high pyrolysis temperatures can be applied for effective charring of biological matrix and the removal of most coexisting inorganic compounds prior to selenium atomization.

It can be concluded that ETAAS, which does not require sample digestion, is an effective method for reliable quantification of trace selenium in blood serum. However, the measurement conditions should be set up carefully, especially those of pyrolysis temperature, to avoid pre-atomization loss of selenium. Moreover, the operating instrumental conditions should also be optimized.

The work was supported by the Scientific Grant Agency of the Ministry of Education, Science, Research and Sport of the Slovak Republic and the Slovak Academy of Sciences under the contract VEGA 1/0153/17.